Home/ monetary policy/ A failure to communicate by the Fed?

A failure to communicate by the Fed? 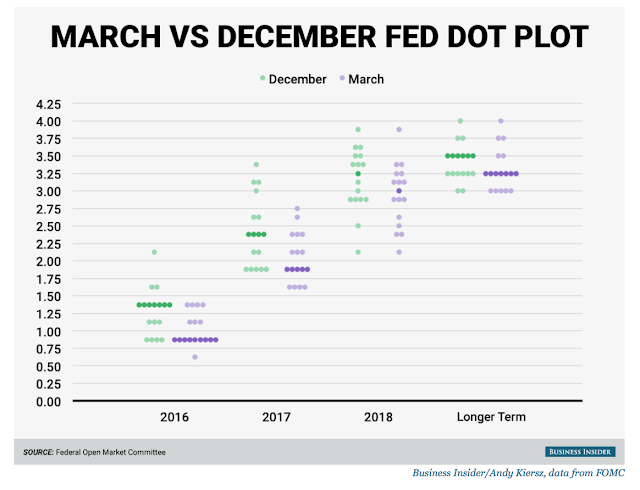 I have been troubled by the Fed. In December, we had lift-off with an increase in rates. The Fed provided their forward guidance dot plots which suggested that there would likely be 4 increases in 2016. The market rates were thinking differently, but the Fed was conveying information through their language. They have also said that they are data-dependent. Given this information, the focus of investors has been to try and fit the forward expectations from the Fed in a data dependent world. The market has been trying to understand the Fed reaction function. It just has not been able to understand the Fed and this has been a problem.
Now, we are in March, just three months later and the Fed states that there will likely only be two increases in 2016 based on plot information and comments by Chairman Yellen. We will wait and see. It is not clear what has happened over the last three months to labor, growth, and inflation that would shift Fed views so dramatically. Of course, we have seen the BOJ take rates negative and the ECB has continued with its policy of negative rates. The Fed is out of step with the rest of the developed world but that was already known in December.
It could be that investors are putting too much weight on dot-plots, but this is supposed to be the aggregation of Fed thinking. The Fed needs to explain its reaction function and its data dependency and stop talking about when the next rate increase ma occur. Tell us your view on the state of the economy and how that affects your thinking. We know your forecasts are not very good or no better than the ret of the markets, but your reaction to information should be more settled.